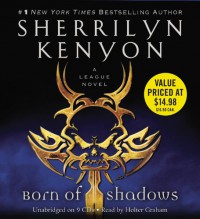 In this installment of the League series, we have Caillan and Desideria. It takes place a couple years after book 2, but many years before book 3. (Sounds complicated, I know). The good thing, you don't need to read the books in a particular order to enjoy the story (always a plus).

Caillan, after finding out his life is not what he thought it was, is living with his father and trying to adjust to his new station in life. He meets Desideria, a member of her mother's guard, at a summit in which both of their parents are in attendance. He thinks she's hot and could serve as a much needed diversion while she, unaccustomed to men such as Caillan, thinks he's a warrior. Unfortunately, once they actually talk to each other, the mutual dislike starts.

Both end up being accused of murder while trying to outsmart an assassin out to kill them. So what do you do when you're in that type of situation? That's right class, clear your name. That proves to be a pretty difficult thing for Cai and Desideria to do while crash landing on hostile planets, hiding for that pesky assassin, outrunning pirates and all the other obstacles that get in their way.

To add to the excitement, we have Caillen and Desideria who are not at all what they seem. Both of them are wounded, untrusting individuals that need to finally give in an trust someone enough to let that person help them. Not an easy thing for 2 people who have spent a lot of time getting kicked when they were down.

Great addition to the series. Can't wait for Darling's book. Is he or isn't he?????

If you want some read the other League books, here they are (in order of release).